Are You Buying a Property or a Problem?

Too many times we hear that people have bought their dream home only to find that there are thousands of dollars of repairs needed for which they have not budgeted! 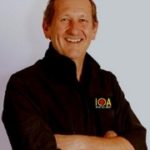 With a positive housing market driven by keen investors, the average person is paying top price for their home and the only due diligence they perform is whether their new flat screen TV will fit on a particular wall.
Lenders ensure the home you are purchasing meet their criteria, by ensuring a valuation on the property is performed. But what about the bones of the property? Is it up to scratch? Are there any defects with the home? What maintenance items need attention to ensure the home retains its value? These points can only be determined by having a thorough building inspection performed.
We quite often hear from clients, “we are purchasing a home that is only 3 years old so we don’t think we need an inspection performed because it is still under builder’s warranty”. How wrong this is.
Defects exist in every home, be they from age or degradation, home handyman works, builder defects or plain stupid structural issues caused by unlicensed tradespersons performing renovations.
Some examples from past inspections we have performed:
3 year old home in Carrum, single storey, 4 bedrooms, 2 bathrooms, 3 entertaining areas, presented beautifully for auction, estimated at $850K+
Inspection found 2 of the roof trusses had been modified during construction and had failed. Cost to replace was estimated at $7,000.
External ceilings to the alfresco area were not installed as per manufactures requirements and were sagging. Cost to repair estimated at $2,000
Perimeter paving was not installed correctly and was pushing water inside the building envelope causing dampness in exterior walls. Cost to rectify could not be established without invasive inspection to the wall cavity but estimated at in excess of $15,000.
Total repair bill in excess of $24,000, Inspection cost $690
25 year old home in Mulgrave, single storey, 3 bedrooms, 1 bathroom, 1 entertaining area, poorly presented, for sale at $650+
Inspection found numerous number of defects of a minor degree and maintenance items. The client advised me that there was no need to inspect the bathroom as it was brand new. Upon inspection to the subfloor (which was 20 meters from the access point) it was found that the entire bathroom floor had been modified by unlicensed trades and was structurally unsafe.
Cost to rectify was estimated at $17,000. Inspection cost $590
30 year old home in Tooradin, single storey, 3 bedrooms, 2 bathrooms, 1 massive entertaining area, totally renovated, spectacularly presented inside and out, for sale at $590K+
Inspection found 3 major structural defects where walls had been removed without engineering advice and substandard structural beams installed. Additionally, sub trade defects with plumbing and electrical works were identified to the sub floor along with serious timber pest infestation.
Cost to repair approximately $25,000. Inspection cost $640
None of the above defects were identified during the finance company valuation process and two of the above examples were of clients that were spending their absolute maximum limit in purchasing the homes, both of which were unsafe dwellings

We offer Building and Timber Pest inspections with a fully detailed and insured report within a 24 hour turn around. Once inspected our clients can be assured that what is on the report is exactly what they are buying.
The average cost of an inspection is from $390 for units and up to $690 for larger homes. Based on the thousands of dollars worth of defects we typically identify, this is definitely a cost effective and proactive decision for each and every home buyer to make.
You wouldn’t let anyone but a builder build your home. Why would you let anyone but a builder inspect it!
If you have any questions or you would like to book a building inspection using a registered builder contact me on 1800 800 150 or build@ioainspect.com.au