The most common Building defects identified in Pre-Purchase Building Inspections generally exist due to a lack of maintenance by homeowners and/or poor-quality Building works performed by substandard Trades or home handymen who really should stick with their day jobs.

Although subfloor vents may have been installed at the time of Construction, depending upon the age of the home, may be lacking in their number or physical size. Issues arise with owners planting shrubs or garden beds in front of vents or raising garden beds, partially blocking vents. Then of course is the rear deck which is attached directly over the vents. All of these issues reduce the designed “cross flow” ventilation to the subfloor which can cause secondary defects to the home such as mould or pest infestation.

Cracks or holes to external linings

Changes to fixtures or fittings around the home can lead to holes left in the external linings. Although minor in nature, cracks or physical holes can allow the entry of either moisture from weather events or the entry of vermin such as bees or wasps to internal cavities. Often minor holes or cracks are known to the home owner, but though nothing of until other issue arise. These simple repair items can be dealt with by most home owners and can save embarrassing issues especially when a swarm of wasps enter your home or plaster begins to show signs of mould due to water ingress.

The dripping gutter or down pipe

Sure, it only drips when it rains, so why is it such an issue. Dripping gutters or downpipes continually soak a specific location which ensures the spot penetrates moisture deeper than other areas around the home. This spot therefore can be found by termites and other moisture dependant insects and will attract them closer to the building perimeter than would normally be the case. Additionally, dripping gutters can adversely affect timber fascia’s causing wood rot and fungi and dripping downpipes can cause secondary defects to exterior linings.

No matter what the roof is made of, be it Iron, Zinc, Colourbond, Slate, Asbestos or Tile, all roofing systems degrade over time. Typical types of degradation are rusting roof sheets, loose or missing roof fasteners, cracked or broken roof tiles, tile slippage, or general ageing.Most roof systems can be rejuvenated so that they last a bit longer, but eventually will require replacement. This is typically a major cost overlooked by most home buyers not utilising the skills of a professional Building Inspector before Purchase.

More concerning if the floors are constructed from concrete but just as troublesome when they are on stumps. Stumps can be constructed from red gum, cypress, factory or hand-made concrete, brick pier, column, steel or almost anything structural. As the supporting structures age, they can fail, rot, degrade or sink leaving the suspended flooring system above in an unsupported situation. When walked upon, these floors move up and down, giving into the term, bounce. Where numerous stumps fail collectively the entire house can take on a slanted effect.

The ingress of moisture into buildings is common, no matter the age, build style or general condition. High level storm events can stretch the design characteristics of any home, especially when the maintenance of the home is not totally up to scratch. Water entry however, is generally associated with damaged or degraded roof linings, blocked gutters or extreme weather conditions.A well-maintained roof exterior and clean gutters, will generally ensure that the home is safe from moisture ingress under most normal conditions.

Both Plumbing and Electrical systems can age and degrade as much as any other building item, but typically are only an issue with extreme age or where substandard works have been performed, typically by unskilled people. Issues, where age can be a concern, could include galvanised pipes in plumbing systems, ceramic fuses or non-UV stable wiring in electrical systems. Both items can be expensive to bring up to standard and are unfortunately a requirement in all homes.

All homes constructed pre-1990 may have Asbestos Containing Materials (referred to as ACM’s) in some location around the home. Typically, ACM’s were used in Eave Sheets, Waterproof sheeting to bathrooms and splashbacks, Heater flues, Roof void insulation, Pipe lagging, Carpet underlay, Vinyl tiles and some Window caulking materials, basically over 3500 individual items in our lives had ACM’s used in the products.Prior to renovating or modifying a home pre-1990 build date, ACM testing should be performed to ensure the safety of inhabitants and workers on the property.

It is overlooked that Vermin can be of a concern or issue in property purchases. We often find subfloor degradation issues associated with rabbit and/or wombat burrows under supporting elements such as stumps. Wasp or bee issues can often be identified infesting wall cavities. Although not directly causing concern to the inhabitants, wasps and bees eat the backing of the plasterboard leaving only the paper lining between you and them. If this is broken, the nest believes it is under attack and will swarm which in this case will be within the home.

Let’s be honest, many people think they are a Builder after watching a few series of The Block. Non-compliant or substandard building works can be found in almost all existing homes in some form or another. Pergolas, Decks, Subfloor playrooms or Wine cellars, Bathrooms, Retaining walls, etc. are all works which are undertaken by the home renovator with little or no experience other than Google Builder and advice from friends. “Buyer Beware” is the sound that strongly resonates with me as some of these works are included in the sale of the home as an asset, but works are non-complaint and in some cases definitely unsafe. An experienced Building Inspector will be able to advise you on which works have been performed in a compliant manner although only the local building authority can advise if the works have been performed with a permit. 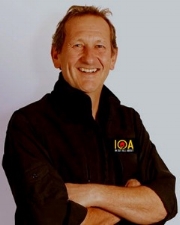 Got a question or need a quote?